There are several moments in a musicians lifetime when a lightbulb will go off and their playing will start to click in a way that it hasn’t before. Time and time again, I’ve seen these moments happen when players who aren’t too far long on their jazz journey discover the chromatic “hug” idea known as the enclosure. These delightful little ideas first gained popularity in the Bebop era and have been a staple of the modern jazz language ever since. 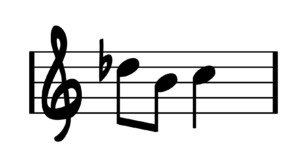 Example 1B is the same enclosure but starting below and coming in from above. 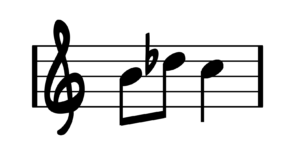 In Examples 2A-C, let’s extend this enclosure a bit by adding a note that’s a whole step away from our target – we’ll add a D.

Now, let’s start applying these chromatic enclosure ideas to diatonic passages to create more rhythmic and chromatic bebop-style sounds in our lines. Example 3A is a simple, descending melodic line in F.

By adding enclosures around these diatonic note, we get that sound naturally while retaining the sound of F major. In Example 3B, the original notes of the passage are in orange with the added notes of the chromatic enclosures in black.

Now it’s starting to sound like bebop! For an even more practical example of this idea, check out Example 4 –  a melodic line with lots of enclosures over a 2-5-1. Again, the diatonic target notes are highlighted in orange.

These are just a few ways to execute chromatic enclosures. I encourage you to experiment and find your own ways of surrounding the target notes. Also, listen to some bebop masters like Charlie Parker and Bud Powell as well as modern masters like Christian McBride and Sean Jones to get the true feel of how these lines can sound.

2 thoughts on “Enclosures: the lightbulb for creating jazz lines”